Welcome to the working world of 2017, where patience and conformity will not be seen as virtues. You are going to have to think critically and act quickly to succeed, regardless of your field. Find that intimidating? No worries — here’s a new crop of books to guide you through the year. 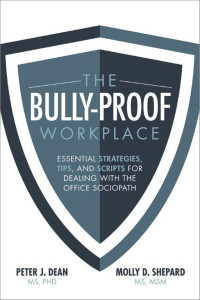 For those tired of the office bully

As if one type of workplace bully weren’t enough, it turns out that there are actually four kinds — and chances are you’ll encounter at least one of them. Telling them off or waiting for human resources to fire them isn’t a strategy; knowing what kind of sociopath you are dealing with and having a corresponding plan of action is.

“The Bully-Proof Workplace” (out March 17, McGraw-Hill Education) authors Peter Dean and Molly Shepard teach readers how to discern between bully types — there’s the Braggart, the Belier, the Blocker and the Brute — and then offer methods, including conversation scripts, on how to deal with each. 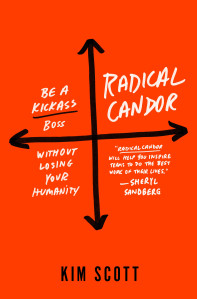 For those who have recently been promoted

You know the saying, “If you don’t have something nice to say, don’t say anything at all”? That might work in your social life, but if you’ve been made a manager in the corporate world, it’s a formula for disaster — not just for you, but for the people you supervise, too. At least that’s the theory of CEO coach and former Google executive Kim Scott in “Radical Candor: Be a Kickass Boss Without Losing Your Humanity” (out March 14, St. Martin’s Press). Scott’s advice is that bosses need to both care for their employees and challenge them directly. Her tips for criticism are easy to apply — for example, don’t say, “you’re wrong,” say, “that’s wrong,” to get your point across without making it a personal attack. 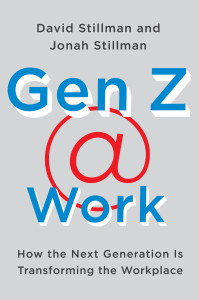 For those perplexed by Generation Z

“Kids” who were born in 1995 will enter the workplace en masse this summer, and they’re bringing with them a whole new set of values, preferences and motivations. Generational expert David Stillman and his son Jonah offer a close look at the 72.8-million-member post-millennial generation in “Gen Z @ Work” (out March 21, HarperBusiness). According to their discoveries, this group cares more about working Wi-Fi than working toilets; they want to create their own job titles, such as Office Ninja; and forgo those annual reviews, they want daily feedback — but for no more than five minutes at a time. 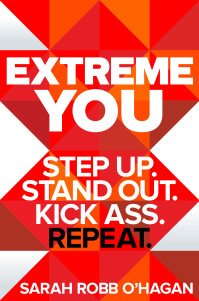 For those who don’t believe in corporate ladders

Forget everything you know about getting ahead. There’s a new formula: step up, stand out, kick ass, repeat. At least that’s the theory Sarah Robb O’Hagan espouses in her forthcoming book “Extreme You” (out April 4, HarperBusiness). The former Equinox president and executive — who is also credited for making Gatorade “cool” again — contends that playing it safe doesn’t cut it in today’s world. If you want to make it big, you’re going to have to climb high without a safety net. And if you fall, as O’Hagan suspects you will, she offers inspiration and tips for getting up. And they’re not just theory: She was fired twice as a rising manager in her 20s. 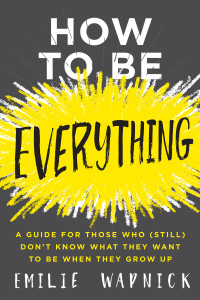 For those who can’t pick a profession

You’ve gone to law school, made short films, play in a band and design Web sites — but you haven’t been able to settle into a particular career. Ignore the critics who say you can’t focus and consider that you may be a multi-potentialite. Or, in other words, someone who has many interests and creative pursuits. In “How To Be Everything” (out May 2, HarperCollins), multi-potentialite Emilie Wapnick — whose TEDx Talk “Why Some of Us Don’t Have One True Calling,” has been viewed more than 3 million times — offers a guidebook for those who don’t want to be just one thing.

Source: The 5 books guaranteed to advance your career in 2017 | New York Post