Skip to content
IBM announced today that is has teamed with the Toronto Raptors to bring cognitive analysis in the form of IBM Watson to the NBA team’s talent evaluation process.The new tool called IBM Sports Insights Central, pulls in data from a variety of sources including statistics, video, social networking sentiment analysis, medical records and much more. It compares this data against the team’s needs, a player’s likelihood of succeeding, staying healthy and working well with coaches and teammates for the duration of the contract.The idea behind it is to help them draft the best players and find free agents and trade targets that not only meet the needs of the team, but also fit well with the team’s on-court philosophy.

The new tool was created by working across divisions within IBM starting with IBM’s digital experience agency, IBM Interactive Experience, which worked with the Raptors to create a tool to meet the team’s needs. It developed the solution announced today by layering on several different pieces of IBM technology.

It starts with Watson’s ability to analyze vast amounts of unstructured data quickly, explained Jim Rushton, global leader for IBM sports and entertainment practice. It also includes other tools from the IBM Bluemix platform including the AlchemyAPI (which the Watson group purchased last year) and some help from IBM Research, which fine-tuned the tools to match Toronto’s player development requirements.

The company is also working with a touch-screen company called MultiTaction to provide table and wall-sized displays to show data visualizations and help better understand the data and how it fits the team’s needs. 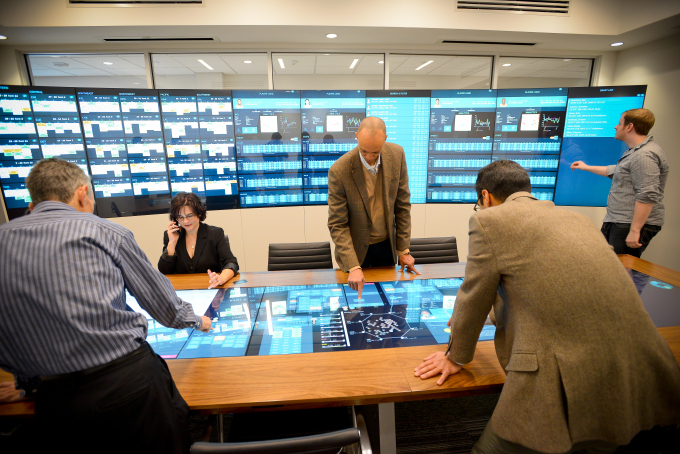 One thing that Rushton made clear was the tool is designed to take advantage of Watson’s ability to sift through vast amounts of data and then present it in a way that makes sense to humans. It can help coaches and general managers build on their own experience and deep understanding of the game, and give them more information to work with, but it’s not the final arbiter, just an adjunct.

The tool is part of the sports management practice that Rushton was brought on board to lead back in November.

IBM is hoping that they can use the Toronto tool as a template of sorts for other teams. Certain elements might change within the tool, but overall it hopes to make this a repeatable solution across major league sports.

Eventually, they plan to add player health evaluation to the mix where they enter information about the person’s medical history and perhaps even monitor the health of the player in real time using some sort of wearable.

Rushton pointed out that with the explosion of player salaries, especially in leagues with guaranteed contracts, making the correct player decision could be the difference between winning and losing and between earning millions in revenue versus carrying what amounts to a dead expense.

Using statistics in sports is not new or revolutionary. In fact, it’s the basis of the now-famous Money Ball book and movie, but with ever more data to sift through, it becomes increasingly challenging for humans to make sense of it.

This new tool could help bring more clarity and assist teams as they make these critical personnel decisions, at least that’s the goal.